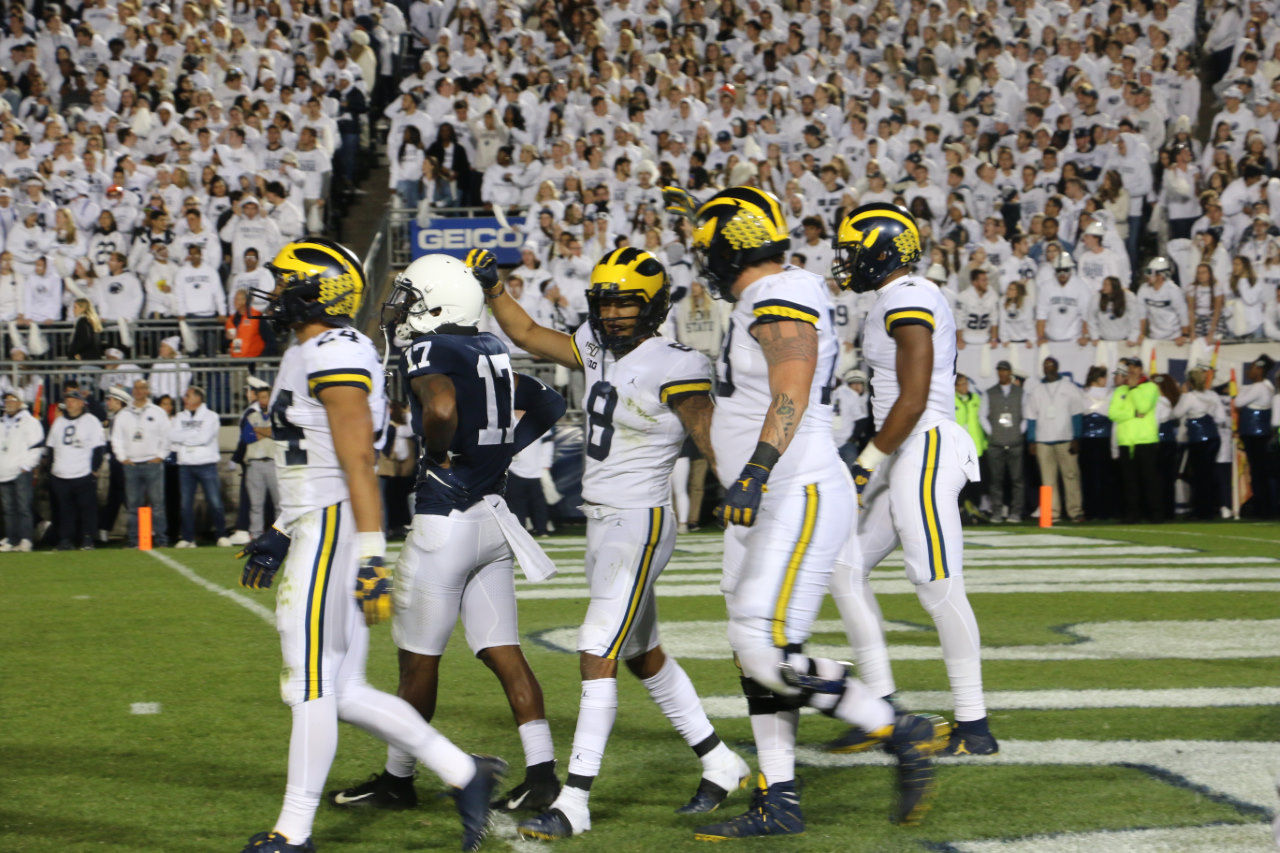 Michigan rolled in ho-hum fashion over the Indiana Hoosiers.  The Wolverines came out ahead in all of the Five Factors metrics as they collected a 29-7 victory.

PREGAME SP+: U-M by 1.8, Michigan Win Probability 54%
The Wolverines are traveling to Happy Valley in search of their first road victory over Penn State since Jim Harbaugh’s first season in Ann Arbor in 2015.  It is important to note that SP+ does not adjust for injuries.  Some key defenders are missing for PSU, and Michigan may be down a handful of offensive weapons too.

One key injury in this matchup is on the NIttany Lion interior defensive line: PJ Mustipher.  Before Mustipher got hurt, Penn State held opposing rushing attacks to 3.0 yards per carry in 5 out of their first 6 games.  After the injury, Illinois ran for 5.3 yards per carry, and Ohio State ran for 5.1 per carry.

This should be good news to Josh Gattis’ ears, although Blake Corum will be limited if he’s even available at all.  I am sure the broadcast narrative will highlight red zone efficiency, and Penn State is another great red zone defense.  Michigan may start looking for opportunities to strike from 25-35 yards away through the air.

On paper, Michigan’s defensive unit has the most lopsided advantage over the PSU offense.  This all starts and ends with the Penn State offensive line woes.  They are a mediocre pass protecting unit, and have been abysmal in the run game.

Another handicap for the Nittany Lions is the health of senior QB Sean Clifford.  Clifford has played well even after being injured against Iowa.  However, James Franklin and his staff have seen what life looks like with Clifford on the bench, and they have since chosen to remove Clifford’s ability to run out the game plan for the most part.

This matchup will be analogous to a heavyweight fight of big-play haymakers between Clifford & Jahan Dotson versus Aidan Hutchinson, David Ojabo, and Dax Hill.  We could be saying “he who laughs last, laughs loudest” during the post-game.

PREDICTION: Even way back in the preseason, I expected Michigan would have their issues pretty much worked out by November.  I predicted the Wolverines to snap their losing skid in Happy Valley back then, and neither team has done anything to make me think any differently now.

I do think Penn State will play well, and this will be a tight game.  We could be looking at a second half reminiscent of the 2019 game.  The defense will strangle the Nittany Lion offense for long stretches, but Michigan cannot let Clifford and Dotson make the big plays in high leverage moments late in this game, a la 2019 KJ Hamler.
Michigan 27 Penn State 21 (PRESEASON Michigan 20 Penn State 16)