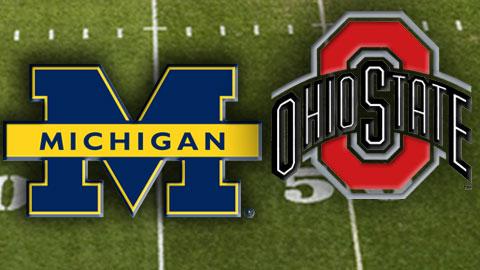 The second installment of this year’s series looking back at the football rivalry between Michigan and Ohio State takes us back to 1980. When most historians think of the final score of 9-3 in that rivalry, thoughts usually turn to the Snow Bowl in 1950. But in 1980, Bo Schembechler’s Michigan team had started the season with two losses in the first three games, leaving many fans worried about the team.

Those worries were put to rest in the game for the Little Brown Jug, as the Wolverines routed the Minnesota Golden Gophers, establishing the identity of the ’80 team. Once November arrived, Michigan recorded three connective shutouts against Indiana, Wisconsin, and Purdue, leading to the regular season finale at Ohio State. The Buckeyes grabbed the lead first when Vlade Janakievski hit a 33-yard field goal for Ohio State’s only points of the game. Ali Haji-Sheikh then tied the score several minutes before halftime with a 43-yard field goal. The second half continued with more defense, but five minutes into the third quarter, John Wangler connected with wide receiver Anthony Carter as he darted between two defenders at the goal line, and suddenly the Wolverines had a 9-3 lead. With 1:08 remaining in the game, Ohio State got the ball back on its own 32-yard line. The Buckeyes then advanced all the way to the Michigan 32-yard line before the Wolverines’ defense stiffened. On 3rd down and 10 yards to go, the Michigan defense pressured Ohio State quarterback Art Schlichter into an intentional grounding penalty, bringing up one final chance for the Buckeyes. On fourth down, Michigan’s Robert Thompson hit Schlichter before he could react, and the sack gave Michigan the ball and the victory, as Wangler took the snap from center and kneeled down on the game’s final play.

When the season was over, Michigan finished with a 10-2 record, recording a 23-6 win over Washington in the Rose Bowl, and allowing just nine points in the last five games. Michigan’s defense had entered the Ohio State game with 14 consecutive scoreless quarters. The argument could certainly be made that no team coached by Schembechler improved as much over the course of a season as the 1980 team did.

Many members of the 1980 team went on to prominent careers. Reserve linebacker Jim Herrmann became the Michigan defensive coordinator, and coached the Wolverines’ defense during the perfect season in 1997, and coached the New York Giants’ linebackers during the Giants’ Super Bowl-winning campaign in the 2011 season. Defensive back Brad Bates became the athletic director at Boston College. Assistant coaches Bill McCartney, Lloyd Carr, and Les Miles each went on to coach national championship teams at the collegiate level. Finally, Anthony Carter and George Lilja both went on to be named All-Americans.

Thanks to YouTube, ABC Sports, and YouTube posters WolverineHistorian and Dr. Sap. As always, I own nothing and do not profit from this blog post in any way. 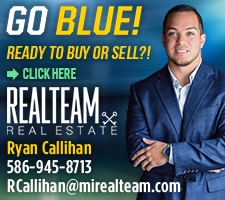